A massive investment by the United Kingdom could help it pass American, European, and Asian national auto industries for pole position on the road to a low-carbon transportation future.

Late last week, the UK government joined with 27 companies across the country’s automobile industry in pledging £1 billion toward an Advanced Propulsion Centre (APC), to develop and commercialize low-carbon vehicle technologies.

The government and auto industry will each invest £500 million into the APC project, which is expected to rev up the UK’s economic engines by creating at least 30,000 jobs and turning the country into a clean transportation leader within a decade.

Last week’s APC announcement is part of the country’s larger “Driving Success” sustainability strategy, which aims to tune up the UK’s auto industry in time to seize the huge low-carbon transportation market potential coming down the pike. With 129,000 workers currently employed in the auto industry, stakes are high. 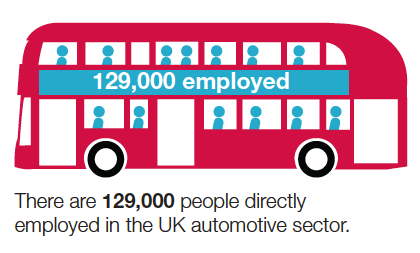 The UK has accelerated its efforts to lead global markets in the future of clean transportation, pumping £6 billion in total investments into modernizing its automotive industry over the past two years. Great Britain has become one of the biggest auto manufacturers in Europe, making 1.58 million vehicles in 2012 and exporting 80% of them to 100 countries, but only a third of the parts going into those vehicles are domestically sourced. 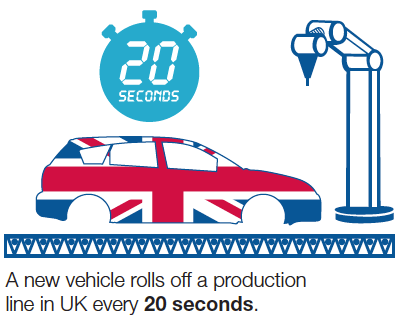 Government estimates say that by 2040, none of Europe’s new cars will be solely powered by a traditional gasoline or diesel engine, resulting in a £3 billion green business opportunity.

In addition, high gas prices and strong government policies like London’s congestion charging scheme are driving demand for clean transportation options, but “the UK faces stiff competition from other countries that strategically support advanced manufacturing,” according to the Driving Success summary.

“With the next generation of vehicles set to be powered by radically different technologies, we need to maintain this momentum and act now,” said Business Secretary Vince Cable. “Our industrial strategy will ensure we keep on working to make our automotive industry a world leader.”

But beyond just funding government research into low-carbon vehicles, the UK is looking to build an entire industry around sustainable transportation. The APC announcement was accompanied by the launch of a £10 million competition through the country’s Technology Strategy Board. Private sector companies will bid on technological innovations through the competition, with a goal of promoting projects near commercialization to act as feeders for the APC.

The country’s Automotive Council will also work in tandem to match skilled workers with new manufacturing green jobs by recruiting more than 7,600 skilled apprentices and 1,700 graduates over the next five years.

So even though the UK government may feel like industrial leaders keep asking “are we there yet,” the APC and Driving Success strategy could be the first stop on a roadtrip toward a sustainable manufacturing future that leaves the rest of the world in its dust.

← Previous
From sugar to solar: Qld council to build 10MW solar farm
Next →
Straight from the sun: The renewables revolution has landed