The Utah solar experiment is officially underway as the state races from near-zero solar to potentially bringing hundreds of megawatts of solar on-line.

The Beehive State has great solar and land resources. However, the state does not yet have a renewable portfolio standard (RPS) and burns cheap coal for the majority of its power. Utah’s average residential electricity price was 10.4 cents per kilowatt-hour in March of this year, according to EIA.

RMP (part of Berkshire Hathaway Energy’s PacifiCorp) also signed PPAs with First Wind’s 20-megawatt “Seven Sisters” solar projects earlier this month. Under the requirements set forth in the Public Utility Regulatory Policies Act, the utility must purchase power from an independent power producer if the price is less than the avoided cost of generating the power itself.

The single-axis-tracker Pavant solar project in Millard County, Utah, developed by juwi Solar, is coming in at a PPA price of $55 per megawatt, as per a public mention from the developer at a recent Energy Development Summit sponsored by Utah’s Governor Gary Herbert. (That figure is the proposed PPA price; power has not yet been delivered.)

Regarding these recent solar PPAs with developers such as First Wind, juwi, SunEdison and Scatec, Sarah Wright of Utah Clean Energy said, “It’s a huge deal for ratepayers” with prices locked in for twenty years on “summertime, daytime energy.”

While the U.S. does have 50 solar laboratories, it also has scores of utilities looking to impede the spread of solar. As Wright said, “Due to an antiquated regulatory system that rewards capital investments over services provided, the utility likes to own its own projects and earn money on its assets.” She said that RMP was “not just trying to slow down utility solar, but distributed solar as well.” She said that RMP has filed two dockets with the Utah Public Service Commission “to completely change the pricing for smaller projects, and [also]…stalling on prices for larger projects.” Rocky Mountain Power is also proposing a $4.25 per month net metering fee.

Another party close to these deals told Greentech Media that there is a “race to get projects done” before RMP reduces the price or capacity payment it pays for solar.

Pete Sullivan, Director of Business Development at First Wind and the lead on the “Four Brothers” solar project, told Greentech Media, “The most interesting thing is that there hadn’t been any solar in Utah.” He cited RMP’s Schedule 37and Schedule 38 tariffs: “As the price of solar came down, the listed schedules started making sense.”

Here are the Schedule 37 rates:

Cory Honeyman, GTM Research Solar Analyst, notes that while no utility-scale solar has been installed in Utah to date, “in the past six months, nearly 550 megawatts have received PPAs from twelve individual projects in Utah.”

He adds, “Utah’s market in some respects mirrors North Carolina’s market. Developers can take advantage of Public Utility Regulatory Policies Act (PURPA) rules to receive fixed-price PPAs for small-scale projects based on the avoided cost of new build peaking natural gas plants. On top of that, there’s the possibility of receiving an extremely attractive 50 percent in-state tax credit (not guaranteed to be received, whereas in North Carolina, there’s more certainty of receiving the 35 percent in-state tax credit).”

Shayle Kann, Senior VP at GTM Research, notes, “We’ve now seen enough outside-the-RPS solar procurement from utilities (such as Xcel in Colorado or Georgia Power) that it lends a bit more optimism to the utility solar market in general. I think the predominant view for a while had been that 2014-2015 would mostly be about pipeline buildout rather than getting new PPAs, but smart, low-cost developers are proving that they can still win new deals if they can get the costs down to the ~$50 per megawatt-hour range.” Honeyman adds, “Texas and Minnesota are two other prime examples where utilities have procured centralized PV based on its cost-competitiveness with natural gas and its value as a hedge against natural gas price volatility.”

First Wind has gone from zero to being the 11th-largest utility developer in the U.S., according to the Utility PV Market Tracker.

Last year, 3.7 percent of Utah’s net electricity generation came from renewables. Utah installed 5 megawatts of solar in the first quarter of 2014 for a cumulative total of 18.2 megawatts, landing Utah in 26th place based on total PV installations, according to GTM Research’s U.S. SMI report. But Utah could make a huge gain in the solar state rankings if these projects can get built economically.

The state’s PSC still has to approve these contracts. 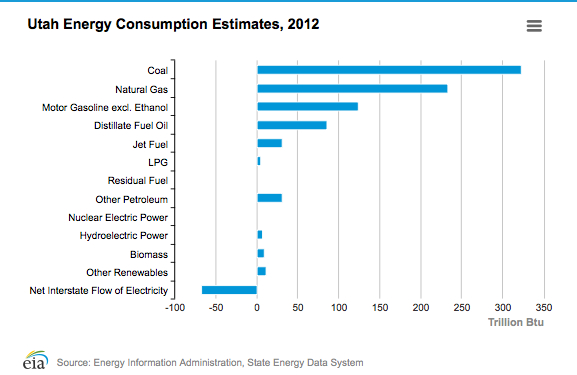