This article is the first of three articles reporting on industry development initiatives in cleantech from around Asia gathered through meetings with investors, companies and governments in the countries. The focus on how cleantech drives jobs, investment and trade across Asia is enabling its leadership of the sector to be enhanced.

The last Government in Korea was elected in 2008 with a very strong focus on Green Growth and using the country’s conglomerates to build the next wave of global industry. Companies such as LG, Samsung, Hyundai and Daewoo were all heavily encouraged to refocus their growth initiatives into technologies that had environmental as well as economic benefits.

According to the OECD, Green Growth ‘involves promoting growth and development while reducing pollution and greenhouse gas (GHG) emissions, minimising waste and inefficient use of natural resources, maintaining biodiversity, and strengthening energy security.’ 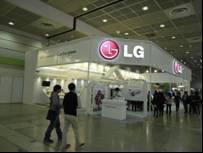 In June 2009, the 30 country-members of the Organisation of Economic Cooperation and Development (OECD) signed a Green Growth declaration. However, it was only really Korea that took up the challenge of this and developed a vision and plan for this transition. Its National Strategy for Green Growth (2009-2050) and the Five-Year Plan (2009-2013) of Korea provide a comprehensive policy framework for green growth in both the short and long term.

The Korean Government also led the establishment of the Global Green Growth Initiative which aims to enable technology transfer to and capability building in the developing world. Australia is a founding partner of this institute and its Director-General is the Australian, Howard Bamsey.

The 2012 election saw a change in terminology if not in direction. ‘Green Growth’ is no longer the term favoured by the Government but the investment and encouragement in the sector is still significant.

As my first stop on this trip through Asia, I gave the keynote address at the Environmental Investment conference in Seoul that was funded by the Ministry of Environment. As part of this they flew in Venture Capital investors from countries, including Australia, to meet with the country’s top cleantech companies.

In discussion with key Government officials after the event, it was clear that the support for the sector remains extremely strong and in particular the support for smaller companies through venture capital and business mentoring programs. The view is that by enabling the emerging companies to thrive, it will provide a steady stream of new products for the major companies to acquire. This enables the cleantech ecosystem to be developed and long term planning to be built into the industry.

There was particular interest in the Australian programs such as the Australian Cleantech Competition and the Cleantech Capability Teams and how they have enabled emerging companies to get skills, exposure, connections and investment.

The questions I faced during my conversations were all around why Australia had decided to throw away its advantages in this sector. On 28 October, the Korean Times ran an article on Tony Abbott’s comments on the link between the NSW bushfires and climate change using quotes such as “that is complete hogwash” and “They are desperate to find anything that they think might pass for their cause”.

These questions have been replicated in discussions with people we work with in Singapore, Korea, the UK and the US. The questions come with an amazement that the small advantage Australia was starting to build in jobs, trade and investment from the industries of the future appears to be being thrown away. When working internationally to help Australian companies form global partnerships and attract international investment, it makes an already difficult task harder with the doubt that these discussions create.

An excellent recent report from the Asian Development Bank titled, Low Carbon Green Growth in Asia: Policies and Practices compares the progress being made around the region. The table below sets out the policy initiatives in place and, whilst it does not compare the quality of each policy, it can be seen that Australia is certainly not ahead of the pack. The countries with the best coverage across this range of key measures are China, Korea, Japan and the Philippines. Korea would argue, with good merit, that is not only has good coverage but also high quality in its program implementation.

Having said that, Australia is still seen as a strong partner and one with a great range of technologies which are of interest to Korean companies. There is clear support for building more collaborative relationships and to helping Australian and Korean companies to work together to jointly enter the larger markets of the world. The mix of Australia’s innovation and Korea’s ability to scale up and manufacture high quality products for the world is a potent vision and one that could deliver increasing jobs, trade and investment for both countries.

My trip continues onto several cities in China and ends in Singapore. The contrast of the attitudes in each country and the opportunities for Australia will be fascinating and will be reported here over the next two week. It is clear that Korea offers huge potential for partnerships and support for any Australian cleantech company wanting to go global and it will be important to develop some mechanisms to allow this to happen with ease going forward.

John O’Brien is Managing Director of Australian CleanTech, a research and broking firm that advises cleantech companies, investors and governments and works across Australia, China, Korea and Malaysia.

← Previous
The democratisation of green energy that is sweeping Germany
Next →
Mixed Greens: Garrett back in the environment game