Rain thunders down from the sky, and a couple at Central station are having a tumultuous argument on platform 19, the guy carrying a placard that says reads ‘CLIMATE ACTION NOW’ in stark red lettering. The girl crosses her arms and says “There’s no point. Why bother standing in the rain with a sign? People won’t change their minds”. The guy turns to her slowly and says “We need to get the message out there. There’s so much support for climate action, but people just need to see it for themselves”. 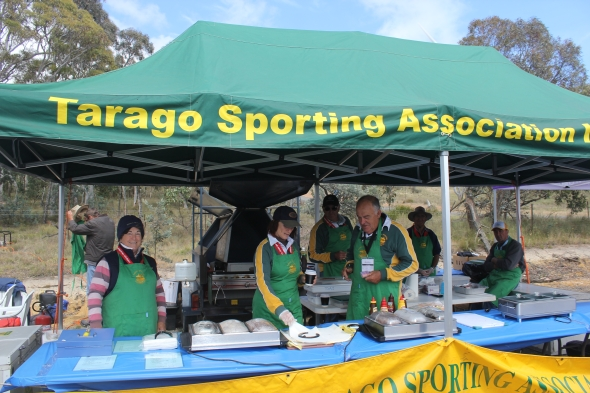 I’m back in Sydney on Sunday evening, on my way home, but I didn’t attend any of the climate rallies that were held on the day. Rather, myself and quite a few of my colleagues at Infigen Energy were at the Woodlawn Wind Farm, near Bungendore in New South Wales. We held our second ‘Run With the Wind’ event, featuring two runs: eight kilometres and five kilometres. Going by the pre-registration list, a big chunk of our attendees were from local townships (Bungendore, Goulbourn and Tarago). 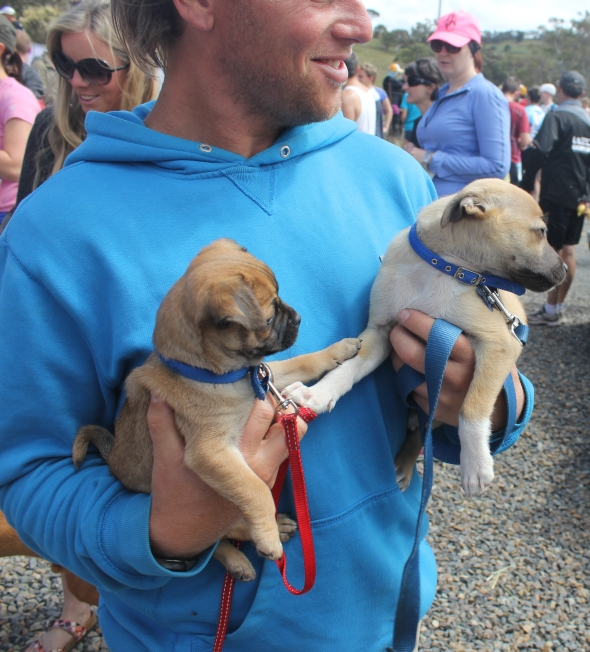 The concept was dreamt up by Infigen development manager Frank Boland and a wind farm landowner from Bungendore. Frank ran in the 8km race, and is passionate about the event. “It’s a great way for people to come and experience what it’s like to up close to wind turbines” he said. Opening the gates of our wind farm to the public, in the format of a competitive but enjoyable run feels like giving something back to the community that’s perhaps less tangible than the financial contributions we make to local groups, but more valuable. We own and operate visible, kinetic landmarks near their communities, and we don’t take their kindness for granted. 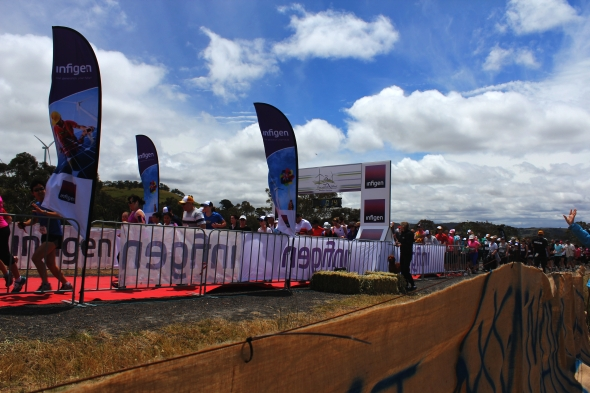 It’s hard to appreciate the importance of the existence of an event like Run With The Wind without actually being there, but something else too often undervalued is the worth in having people experience the wind farm close-up. 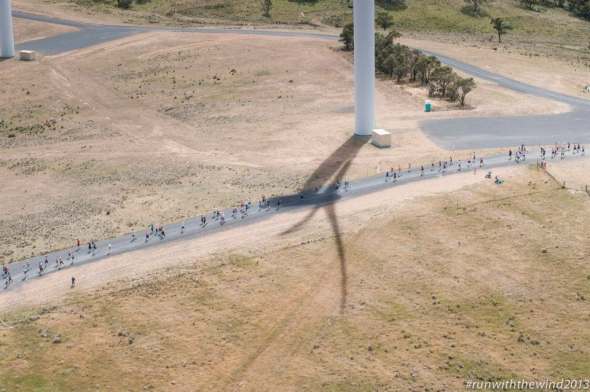 “There’s an absolute forest of these things on the other side of the lake near Bungendore. I absolutely understand why people are anxious about these things that are sprouting like mushrooms all over the fields of our country” opined Prime Minister Abbott, in a recent interview with Alan Jones. Happily, the wind turbines that comprise Capital and Woodlawn wind farms are nothing like the horrifying, cathedral-organ-backed Day-Of-The-Triffids towers of terror Abbott hopes exist in the minds of Jones’ listenership.

Hundreds of people ran through the ‘forest’ on Sunday (including Liberal MP Angus Taylor, slated as a ‘future prime minister’). None of them seemed to subscribe to the anxiety said to be induced by the visage of several wind turbines, spinning slowly on a ridge. Most of the people I spoke to either actively liked them, or were simply curious about the technical aspects of their operation. One of the most common questions I got was how much power the wind farm was generating, something that’s easy to quantify.

Registration began at 9am yesterday, and the awards ceremony finished at about 2pm. Between that time, the turbines of Woodlawn and Capital wind farm produced 315 megawatt hours, enough energy to power the entirety of Bungendore for 13.3 days. At its lowest point of combined generation, at 1:20pm, the wind farms were still producing enough power to meet the demand of Bungendore’s households 44 times over. The chart below shows the total power output of the wind farm over the day, and an approximation of power consumption of Bungendore, Tarago and Wollongong (for comparison): 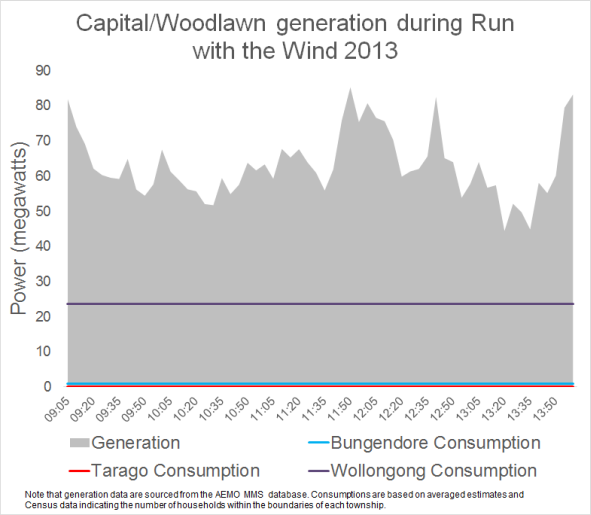 Much of the controversy around wind energy seems to stem from pointed rhetoric used to associate toxicity and threat with renewable technology. By having people experience a wind farm first hand, people can test these theories, and come to their own conclusions. More importantly, it’s a chance to explain the science underpinning the machines, stripping away the crafted, intentional rhetoric designed to obscure facts and inspire opposition. The simple fact that wind turbines produce

Community events like Run with the Wind let people understand, engage with and challenge the concept of renewable energy. Community acceptance is a vital component in forcing upwards the capability of renewables to erode our addiction to fossil fuels. Those companies that own and operate renewable assets must necessarily be good corporate citizens, if we’re to wean ourselves off carbon intensive generation, and so, the event is a contribution to the National Day of Climate Action we’re sincerely proud of.

The man standing at platform 19 on Sunday evening, dripping wet with rain, was completely right. People do need to see it for themselves, whether it’s standing in a sea of 10,000 umbrellas to support action on climate change, or spending time in a forest of machines that are slowly freeing us from fossil fuels.

Ketan Joshi is a Research and Communications Officer at Infigen Energy. He blogs here, and tweets here. You can download the spreadsheet, raw data and source links for the calculations used in this article here, and if you ran on Sunday, you can check your results here.

← Previous
The battery storage system that could close down coal power
Next →
Has the RET helped hobble Australian manufacturing?