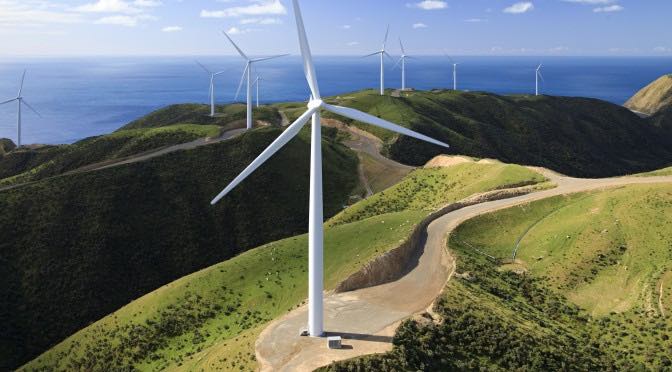 New Zealand electric power transmission operator Transpower believes its generation capacity will be around 95% renewable by 2035 and moving towards 100% by 2050, making use of around 6.5GW of solar capacity.

Transpower published a report last week detailing its plans for the future and how accelerated electrification “stands to provide a stronger, more reliable system with much lower reliance on fossil fuel imports at the same time as cutting average household energy costs.”

The report Whakamana i Te Mauri Hiko – Empowering our Energy Future, “urges the energy sector to combine optimism with urgency to transform New Zealand and its economy through electrification” and “shows how accelerated electrification stands to provide a stronger, more reliable system with much lower reliance on fossil fuel imports at the same time as cutting average household energy costs.”

New Zealand has a head start on renewable energy generation that most countries could only wish for, with approximately 80% of electricity already generated from renewable sources, led by 25% worth of hydroelectricity. Expansion of other technologies – with a focus on wind, solar, and geothermal – must be the priority for New Zealand as it looks to distributed energy sources to bridge the gap to 100% renewables.

The authors of the report further explain that “Substituting imported oil and coal with domestic renewable electricity will deliver strong and sustained economic benefits, not least through increased energy security and significantly improved long-term balance of payments.”

The report expects electricity demand will increase by a mammoth 68% by 2050, with nearly 60% of the country’s total energy requirements coming from electricity in 2050, up from only 25% in 2016.

The report expects to see two-thirds of New Zealand’s transport energy requirements being powered by electricity by 2050, while the use of electricity in the industrial sector is expected to almost double as a percentage of national energy demand, due primarily to process heat electrification.

As such, and to meet its climate targets, future power stations will be increasingly renewable – with around 40 new, grid-scale, generation and battery projects required by 2035. As can be seen, there is not a lot of work to do for the hydropower or geothermal sectors, and the wind energy industry has only just begun to make up a sizeable percentage of generation – though a long way from the near-20% Transpower is expecting. The solar industry, however, has the longest road to hoe, with only 0.2% capacity at the moment – or what would only be 0.1% of the expected 70TWh of demand expected by 2050.

“During this turbulent time, we remain committed to ensuring a reliable power supply as we support the country’s pandemic response,” said Transpower Chief Executive Alison Andrew.

“However, we must not also lose sight of the long-term opportunity to decarbonise our economy as we rebuild it.  There is no question that we can effectively and affordably decarbonise our energy system in support of meeting our 2030 Paris Agreement and 2050 net zero-carbon economy goals. Following this rapid decarbonisation path is set to deliver multiple benefits to consumers and the wider economy; slashing costs and emissions compared to our current path.”

The report calls for a clear policy and regulatory pathway and comprehensive delivery and workforce development plans, so as to ensure the necessary steps are taken to reach New Zealand’s climate and renewable energy targets.

“While carbon pricing under a revised ETS will underpin this transformation, complementary polices and enhanced regulatory settings will be needed to lower barriers to investment. Now is the time to respond to COVID-19 and ensure our power supply. When this pandemic passes there will be an opportunity to work together to rebuild and deliver our low carbon future.”