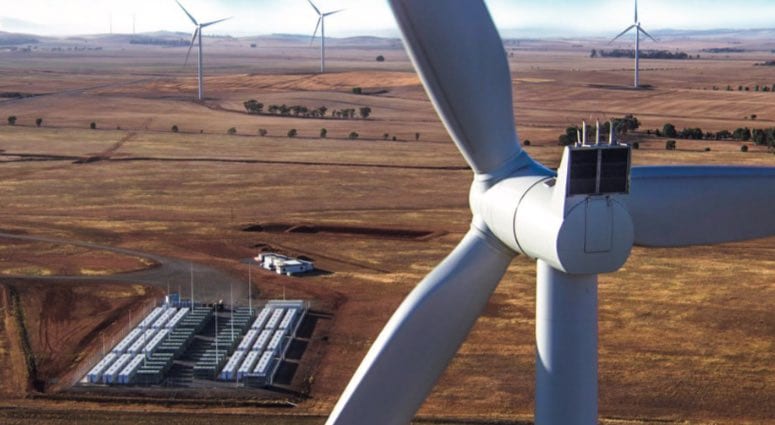 The so-called Tesla big battery at Hornsdale doubled the amount of money it saved consumers in its second full year of operation, and its rapid response to massive network faults once again helped to keep the lights on, a new report has found.

Neoen on Friday released a report by energy consultancy Aurecon  on the Hornsdale Power Reserve – which at 100MW and 129MWh remains the biggest lithium-ion battery in the world – and found that the money it saved consumers in 2019 jumped to $116 million, from $40 million in 2018.

It’s a massive payback for consumers, because the state government has only had to inject $4 million a year for 10 years under its underwriting agreement for the battery, and as financial result have shown, the $96 million total investment is also delivering a handsome return for its owners, Neoen Australia.

And it has paid handsome dividends in terms of grid security, and helped rethink the role that batteries – once demonised by prime minister Scott Morrison as about as useful as a big banana – can play in Australia’s transitioning grid.

Almost all of the savings delivered by the Hornsdale battery came from its role in frequency and ancillary control markets, a key part of network security that had previously been the domain of fossil fuel generators, so much so that in South Australia these fossil fuel generators controlled the market  like a cartel.

The arrival of the big battery in 2017 quickly shattered those cosy arrangements, particularly on those occasions when a failure in the main link to Victoria caused the South Australia grid to be “islanded”. In those times, the gas generators had been free to bid the prices in the eight different FCAS markets to the market cap, which they invariably did.

But not with Hornsdale, whose contract with the South Australia government also requires it to play fair in the bidding stack. As a consequence, the Aurecon report estimated that $14 million was saved in just five hours on November 16, when the state was briefly “islanded” and had to provide its own FCAS support. The impact of the battery over the whole year has been felt in a variety of different markets, but the biggest savings have been seen in the “raise contingency” market, where Aurecon’s data estimates savings of more than $50 million.

This next graph illustrates its impact on the regulation FCAS market, which had averaged more than $20/MWh and then more than $450/MWh in the two years before the installation of Horsndsale. Once installed, the average price fell in one with other regions in the National Electricity Market, and even lower than neighbouring states such as Victoria.

“Hornsdale has just been the best asset for the state, and for us as well, it’s a real success story,” Garth Heron, the head of development at Neoen Australia, told RenewEconomy.

“We have shown that these kind of systems can work. It saves consumers a lot of money, and it’s something we should be rolling out right across the market.”

“You will see many more new batteries coming into the market doing a similar role. It’s just tip of the iceberg that will enable these kind of savings in other states,” Heron says. “And it will make the grid so much more robust.”

Indeed, as we will report in a separate analysis, the performance of the battery – particularly in the “separations” that used to put the grid under threat and cause load shedding, or blackouts – has added to the security of the overall grid. And this will be enhanced when the Hornsdale battery is expanded and starts to deliver “inertia” or “grid-forming” services for the first time.

The new batteries to be added at Hornsdale – amounting to an extra 50MW and 65MWh to the installation – have already been installed and testing and commissioning will begin soon, with a view to having it operating in the second quarter.

This will have the potential to supply half of the state’s inertia needs, and help slow down the rate of change of frequency – a crucial tool in helping the market operator manage the grid.

Having “grid forming” inverters means that the inverter can play an active role, rather than just faithfully following the frequency as inverters in wind and solar farms and batteries are currently required to do. “This is better than heavy spinning machines,” Heron says. And much of this new capability comes in changes to the control functions of the battery.