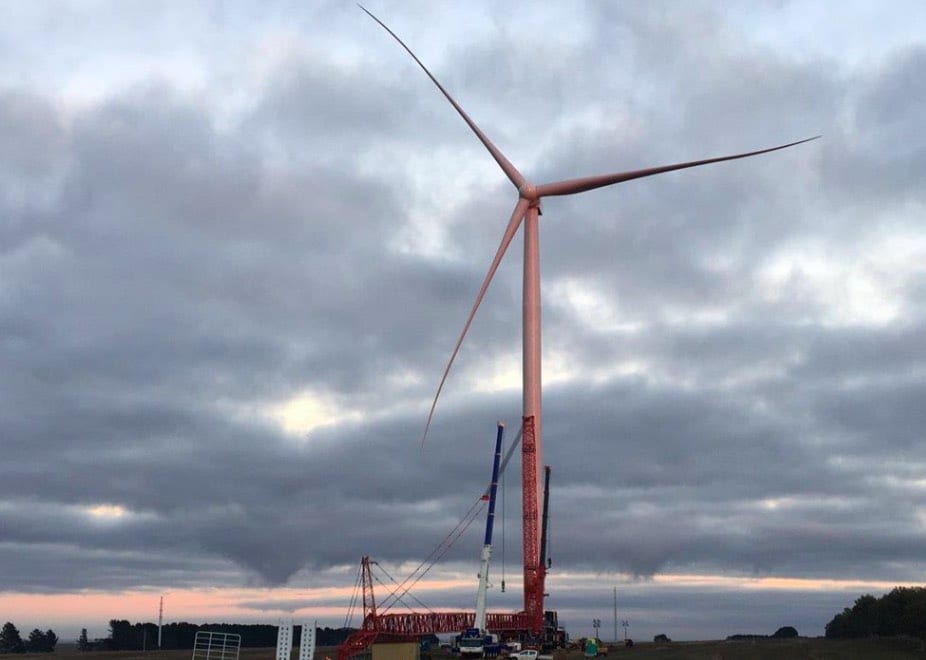 The growing number of connection delays and operating constraints on Australia’s large scale wind and solar farms is taking a heavy toll on the industry, with new estimates suggesting a phenomenal amount of lost energy and income over the 2020 calendar year.

Many of the delays in connections for new projects, particularly in Queensland, NSW and Victoria, as well as constraints imposed for a variety of reasons on the output of wind and solar farms in all three sates, have been well documented. Others, however, have gone largely unseen due to the opaqueness of the market.

But it is having real impacts. Analysts, investors and bankers have had to go back to their calculators to adjust their assumptions on output and revenue, and broader market considerations such as spot prices for electricity and for large scale generation certificates (LGCs), the currency of the renewable energy target.

Analysts at Green Energy Markets, for instance, have wound back their estimate of LGC production by 5.5 million certificates for 2020.

That’s equivalent to 5.5 terawatt hours of production, or around one fifth of the output of large scale wind and solar over the last 12 month. Put another way, it is about equal to shutting down a coal generator like Kogan Creek in Queensland, the biggest single coal unit in the country, or two-thirds of the average output of the soon to be retired Liddell coal generator in NSW.

It’s hard to put a financial cost to that lost output because contracts are rarely revealed. But at the average spot price for wind and solar over the last 12 months (according to OpenNEM), that amounts to around $300 million. At the assumed average price contracted by the Victoria government for its recent auction, it’s closer to $350 million. And it’s likely to continue well into 2021 and perhaps even beyond.

Tristan Edis, director or analysis and advisory at GEM, says some of this lost output is due to curtailment associated with the storm damage that caused the separation of the South Australia and Victoria grids for more than two weeks in February, and other “regular” events. But most of it is due to three things.

– Delays in construction and completion of projects;

– Delays associated with commissioning and testing of projects after they’ve been energised to the grid, and where they are being kept at hold points well below the capacity of panels or turbines installed;

– Constraints on output of fully operational projects due to concerns over system strength e.g. such as the West Murray region where five solar farms had their output cut in half for more than seven months, and in northern Queensland, where two solar farms and one wind farm have had their output reduced to zero for much of the past month.

Just who and what is to blame is the subject of fierce debate in the industry. Above all is the lack of network investment and capacity, and new detailed modelling that is unearthing new areas of weakness in the grid.

But there is also  the absence of federal policy, the failure of regulators and rule makers to keep up with technology changes, mistakes by project developers (poor quality, building in the wrong area), the difficulty the network companies and the Australian Energy Market Operator are having keeping up with the flood of new projects, and an abundance of caution by these last two.

AEMO is drawn into the picture because it is responsible for network planning in Victoria, where the West Murray solar cutbacks occurred, where the 336MW Dundonnell wind project has been stopped in its tracks by issues that have not been fully revealed, and where there are also concerns that the curtailments already imposed on the so-called “rhombus of regret”, a weak part of the grid, may be extended further into the state.

The problem is that there is little public information. Project owners and developers are reluctant to speak on the record, or even off the record, and the networks and AEMO cite confidentiality. And that’s making it difficult for everyone.

“With such a large amount of project capacity affected by grid-operator imposed constraints where there is not a great deal of detail surrounding the reasons for why they are being imposed and how long they may be in place, we are finding it increasingly difficult to effectively forecast likely generation and therefore LGC creation,” Edis says.

“Given the supply-demand balance for LGCs this year and next year is quite tight (assuming the big retailers don’t defer compliance) a clearer understanding of the likely impact of these constraints is quite important for effective functioning of the LGC market.”

This is significant. Origin Energy CEO Frank Calabria this week cited two problems stopping investment in new capacity in Australia’s market: low market prices and the absence of a policy signal. Add in uncertainty over connections and price forecasts, and that amounts to more risk, and therefor the demand for higher returns from equity and debt, and so higher costs for project developers, and consumers.

Already many international developers, who account for the bulk of new projects, have taken hits to their accounts because of the delays and other issues. These include Enel Green Power, John Laing, Foresight Solar, and others. Tilt told shareholders this week the cost of the delays at Dundonnell would be around $20 million, or nearly $1 million a week.

As it is, the LGC price, which had fallen to around $27, and predicted to fall further because of the apparent over-delivery on the renewable energy target, has since bounced back to $40. That’s a higher cost that will also be passed on to consumers.

If the 5.5 terawatt hours of large scale wind and solar production assumed lost in 2020 were in fact delivered, it would likely take the share of Australia’s renewable energy in the main grid to around 27 per cent.

Of course, some curtailment is inevitable. Many wind and solar developers dial in a certain amount of curtailment into their business models – factoring in random but likely events such as transmission line losses, normal network constraints and other issues, including “economic curtailment”, the decision, or the requirement by off-takers, to switch off the wind or solar farms when prices go negative.

But the real number – which includes those connection delays, faulty equipment and commissioning problems – is significantly higher, as cited by the GEM estimates. Their number of 5.5 missing terawatt hours of output translates into an average curtailment of 720MW – significantly more than the 100MW cited for the last quarter in the graph above, and the 200MW cited for the March quarter.

And it may not end there. Apart from the Dundonnell issue, large solar farms in the south-west of NSW, including the three biggest in the state and the biggest in Australia, are among those warned of significant cut-backs due congestion on the grid.

Another nine solar farms in Queensland have been warned of potential cutbacks in the “rare” event that both available synchronous generation and grid demand is low at the same time, and the restrictions and constraints in Victoria are set to grow. Still more in Victoria have been told not to bother asking for a connection agreement until new infrastructure is built – perhaps in 5-7 years time.

AEMO has set out to relieve this situation in the medium to long term through its Integrated System Plan, its 20-year blue-print to negotiate the inevitable retirement of the country’s ageing coal and gas generators, and which assumes a renewables share of between 70 and 94 per cent by 2040 depending on the scenario.

That would represent a phenomenal amount of new wind and solar installed over the next two decades, including storage and what will effectively be a  “rebuilding of the grid”. Right now, however, it is of little comfort to those caught up with the current problems.

See also: Revealed: The solar farms that found the sweet spot in the grid, and those that didn’t